ARE HUMANS THE NEXT GMO? 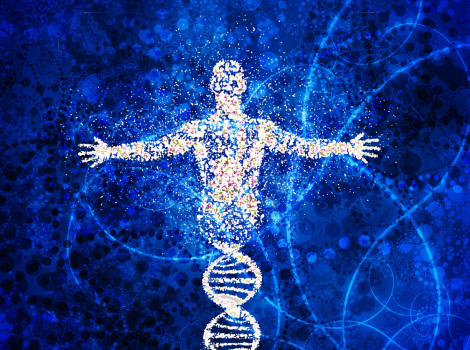 Humans continue to accomplish technological feats that change the world as we know it, often doing so in such fundamental ways that the previous generation scarcely recognizes the new society. Those of us in our late teens and early 20s will not be immune to this fate. We too will not recognize our planet, and it will be sooner than later.

For the past few decades, scientists have been toying with a piece of prokaryotic DNA that enables these single-celled organisms to defend themselves from viral invaders. CRISPR, as it is abbreviated, allows prokaryotes to remove the DNA that viruses insert into their genome, which, left unattended to, forces a hijacked cell to manufacture new viruses. CRISPR edits a cell’s DNA, cutting out sequences that do not belong. However, its potential goes beyond this function.

The debate on human genetic modification, which assuredly will arise as CRISPR advances, will carry more weight than debates about genetically modified crops. Already people squirm at the notion of creating something that did not naturally occur. That said, the word “natural” has no simple definition in the context of evolution and human-modified organisms, which includes our domestication of useful animals and plants over the millennia.

So far there is no scientific evidence that GMOs hurt people, but there is some reason behind people’s fears. Technology is imperfect, and scientists make mistakes. Humans have upset the balance of nature on many occasions, introducing invasive species into habitats and seeing them disrupt the ecosystem. One such case is the epidemic of Burmese pythons in the Everglades. Thus, GMOs could outcompete their naturally occurring cousins if they were to somehow reproduce in the wild.

That is all to say that GMOs are not so different from natural evolutionary processes, but society needs to be wary of the changes it makes because they may be more volatile. Vaccines are also not so unnatural, yet some people also fear the use of vaccines. Those who survive infections that spread from person to person gain immunity to the infectious agent after fighting it off. Vaccines introduce part of or a weakened form of the invader so that one’s immune system can quickly neutralize the threat and avoid illness.

Vaccines have enabled the advancement of humanity. Human genetic modification, through the use of CRISPR, could be the next technology that changes the world of medicine.

Today, we compel people to vaccinate their children in order to establish herd immunity. To not vaccinate your child is to put your child at risk. When scientists perfect genetic modification, will alterations become the next compulsion, either through the law or by public perception?

CRISPR could realistically allow us to eliminate several diseases, including HIV, genetic disorders and even cancer. HIV, a retrovirus, alters the DNA of human cells, making it impossible to eliminate with our current technology. But using CRISPR, scientists would need only craft a particular mechanism that searches for the viral DNA in human cells and remove it. For inherited diseases such as Huntington’s, which causes brain cell degeneration, CRISPR could be used to fix the sequence of DNA that leads to the disorder. Modified immune cells could better combat cancer cells to eliminate the risks of this disease as well.

We should embrace human genetic modification, remaining wary of the risks but maintaining optimism. There is a slippery slope from curing cancer to creating a race of unrecognizably altered humans, but a slippery slope is also a fallacy. Pushback, in certain cases, will be necessary and promote healthy debate. But we should keep in mind all the good that this technology can do for humanity.

We can control the fate of humanity with CRISPR, and we should take advantage of this opportunity to do so, remaining wary every step of the way. Although this technology presents risks, the rewards are simply too great to forgo it.